The Town Hall Meeting provided the public with an opportunity to offer input toward improving the district’s efficient building usage, ask reasonable questions, learn more about the district and allowed participants to provide solutions and most importantly, to be part of the solution!

Board President Michael A. Vargas, stressed the importance of being transparent. “We will have big decisions in next couple of months and years. We are doing this together and will be presenting a preliminary presentation and allow for public input.

Dr. Carman explained the district is paying approximately $50,000 in electricity for PRC and Gateway. He reviewed possible solutions, such as making a permanent move for PRC and Gateway students to VMA, converting VMA to an 9 & 10 grade campus, converting an elementary to PRC/Gateway, converting an elementary to a magnet school, such as STEM, Fine Arts, etc. and discussed Academy/School within a school concept at VMA. (A complete Power Point presentation is available below.)

Trustees voiced their opinions, recommendations and suggestions followed by community input. Trustee solutions included suggestions such as adding space to the existing SBHS cafeteria, enhancing the aesthetics of SBHS campus, converting VMA to a 9th and 10th grade campus, removing portables and take action in order to change the perception of SBHS.

athletic department storage and the cosmetology program. She said the rooms are sufficient as the student-teacher ratio is within reason and at this time, there are no floating teachers. The campus has adequate computer labs. SBHS anticipates on graduating approximately 700 students. It does appear overwhelming during passing periods and during the lunch periods; however, now with two lunch periods, that has greatly improved.

Trustees M.L. Garcia and Victor Rosas acknowledged the overcrowding at SBHS, with Garcia expressing approval over the move that calls for the 9th and 10th grade move to VMA. Mendez expressed concern over students sitting on the floor to eat lunch. Rosas stated that the two lunch periods help alleviated overcrowding.

Trustee Orlando Lopez stressed the need to focus on the perception that parents say it’s overcrowded, adding that the biggest concern is trying to take away that perception. Lopez also reminded the audience that at one time, the SBHS campus was an open campus and students were allowed to leave the campus and eat elsewhere, thus alleviating the numbers at lunch.

Board President Michael A. Vargas discussed possibly closing down an elementary and converting it to serve other purposes and ways that the district can keep students in school without having them drop out.

Trustee Angel Mendez questioned whether the district needs a PRC to “redirect instruction” and suggested adding a parental involvement component to assist Gateway to Graduation Academy.

PRC Principal Ray Saldaña explained that transferring the PRC students to VMA has been a positive move. He explained there are positive behavior initiatives in place and the numbers (of students there now) are relatively low. He said it’s a total team effort and they work closely in finding solutions by partnering with Communities In Schools, Parental Engagement and the Afterschool Program. Students in that setting prefer the smaller classroom sizes and individualized instruction. In the PRC setting, students take ownership/celebrate success then return teamwork-up to the challenge -climate of the new building-see a bigger sense of pride. The change to VMA has transformed attitudes and work ethic, Saldaña explained.

While on the topic of dropouts, Parental Engagement’s Luis D. Gonzales, Jr. mentioned that the district anticipates lower dropout rate; no students expelled for the past two years and that student appeals remain low.

Trustees also addressed the topic of transportation. With the district’s boundaries stretching close to Harlingen and Brownsville in the country area, transporting students has its challenges. Transportation Director Erica Flores spoke briefly about the transportation services, the shuttles between campuses, etc. and stated that the department is adding four more drivers and has purchased additional buses.

The following comments, suggestions and/or concerns were voiced by parents/students/staff attending the Town Hall Meeting:

NOTE: The next Town Hall Meeting is on Monday, Nov. 13 at 6:30 PM at the San Benito High School Library. 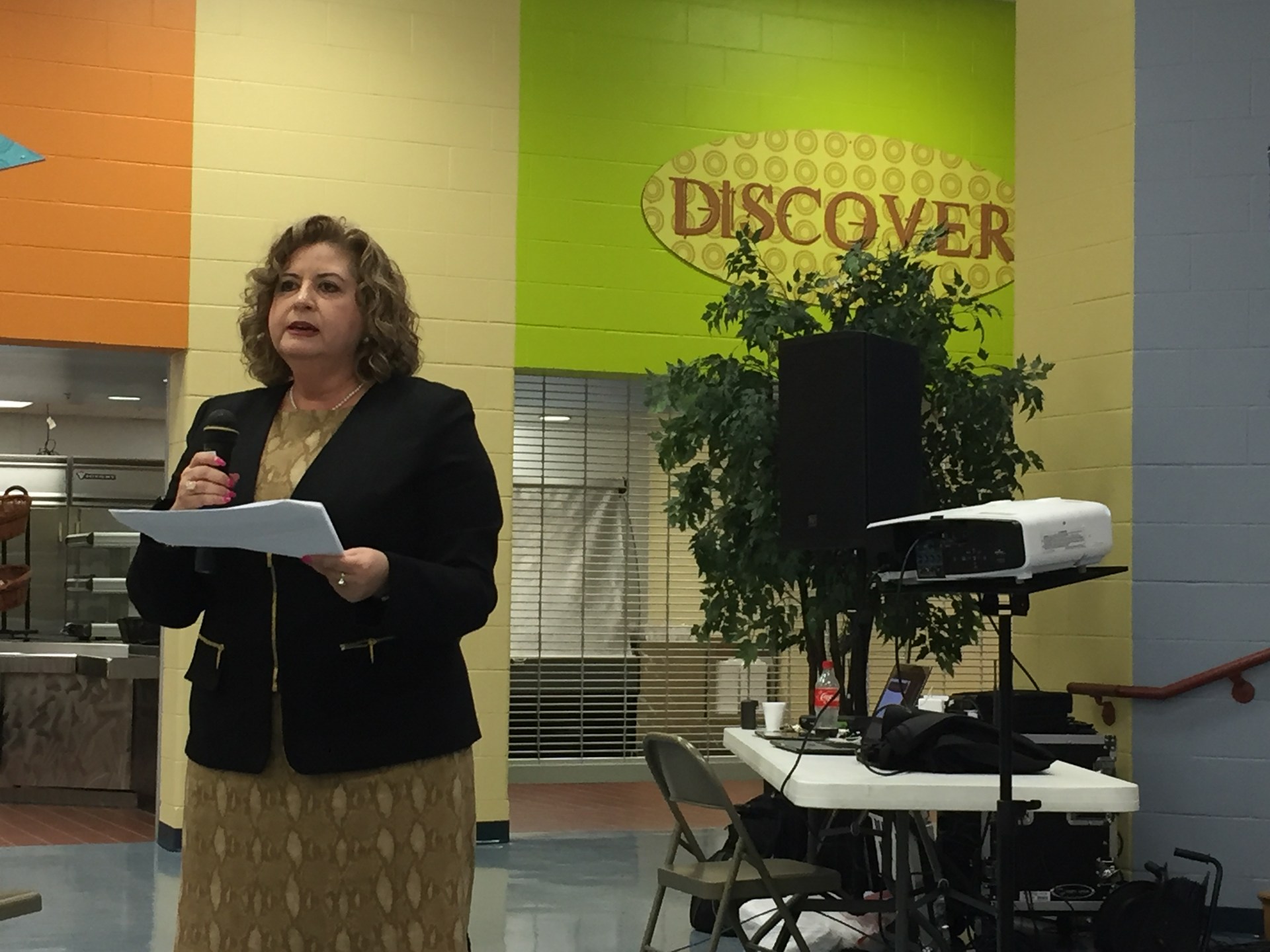 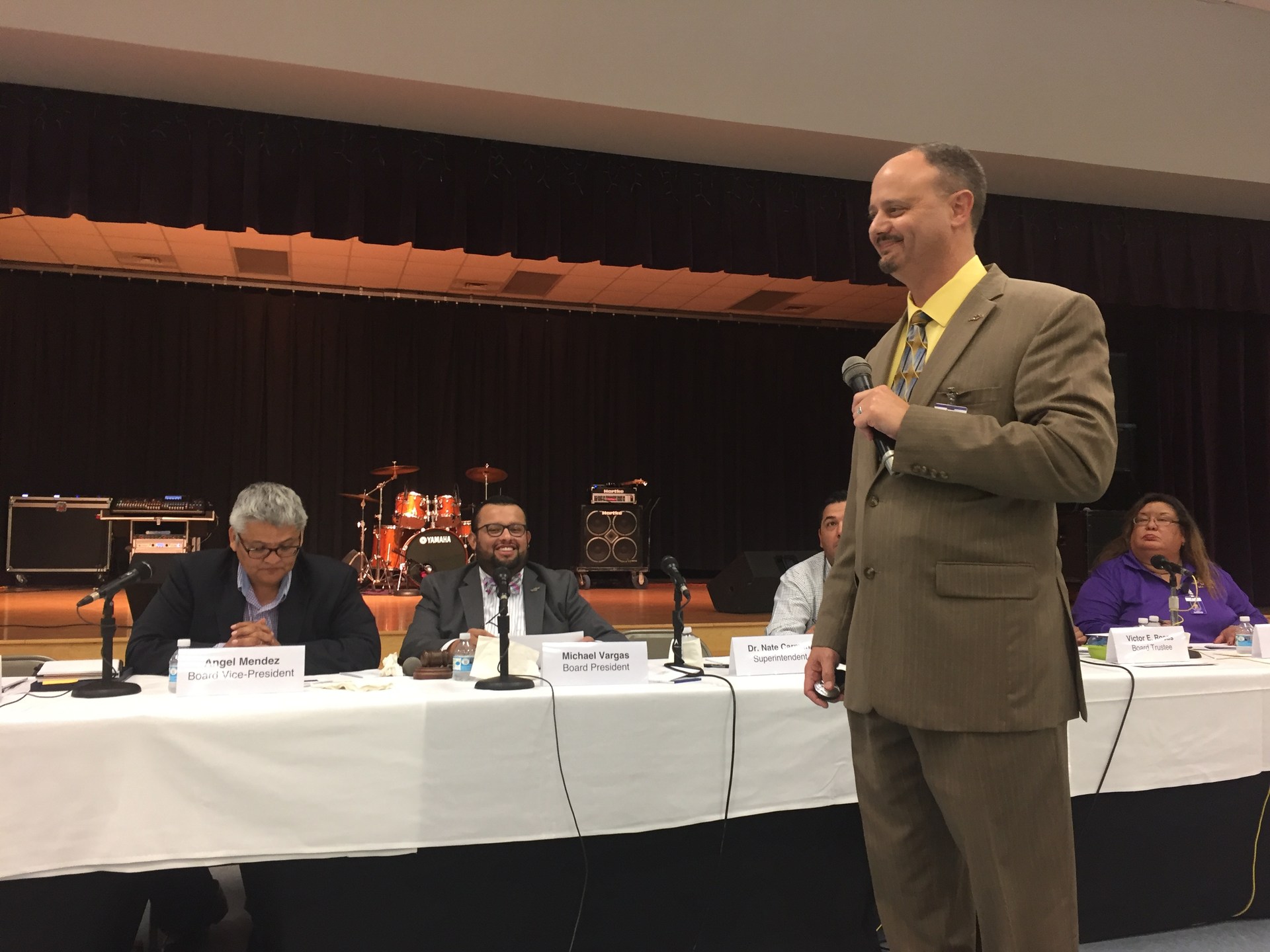 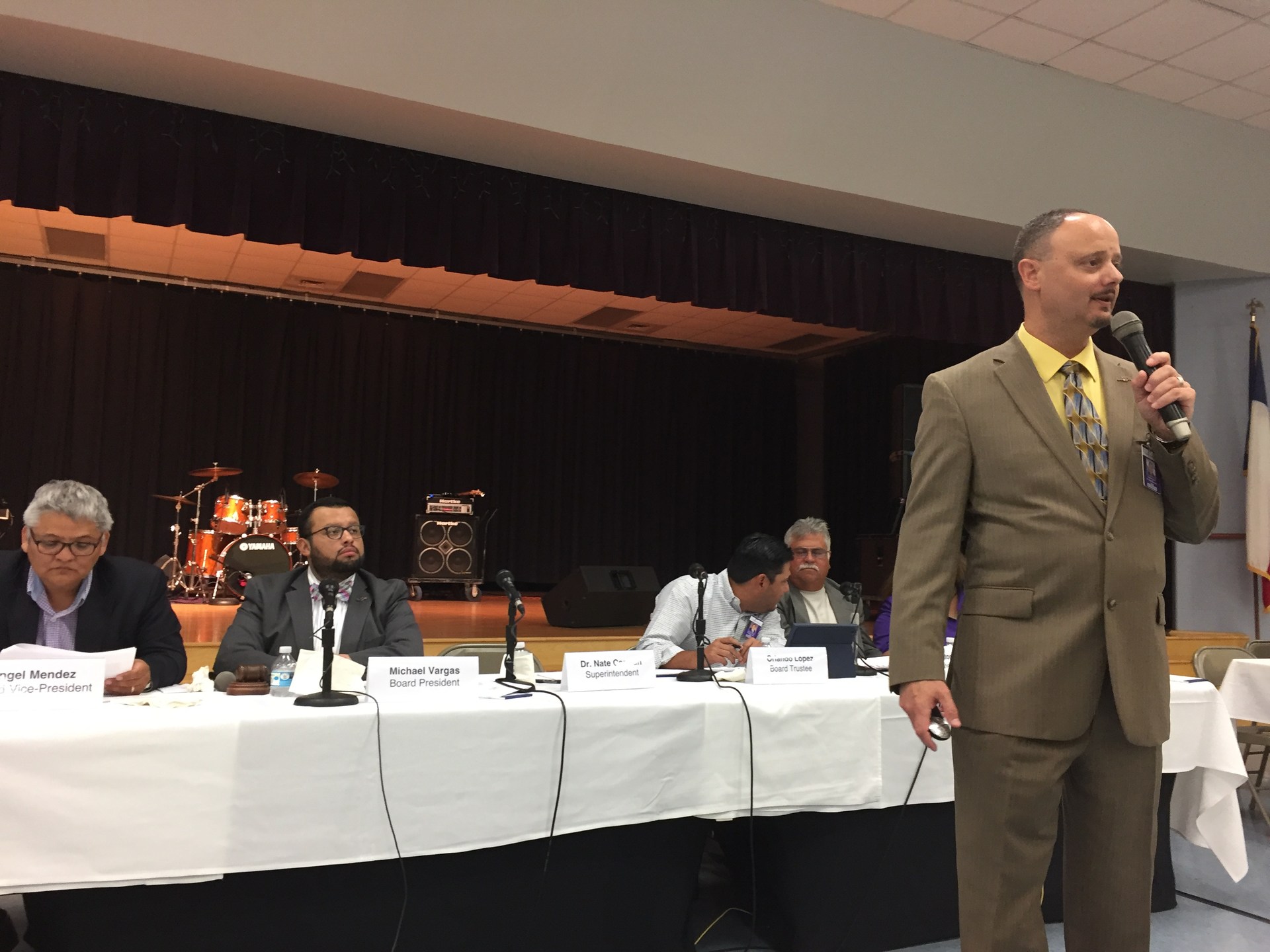 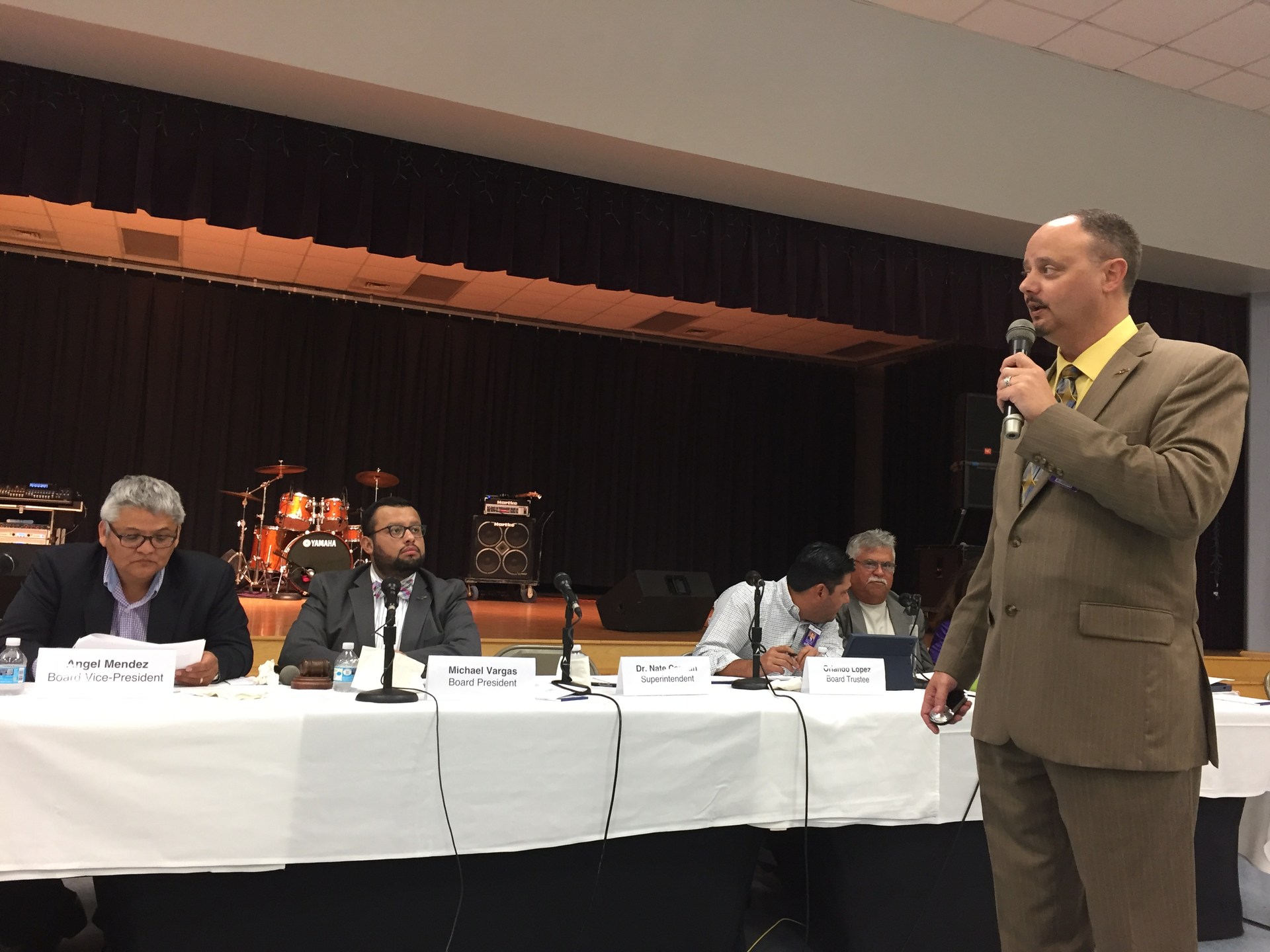 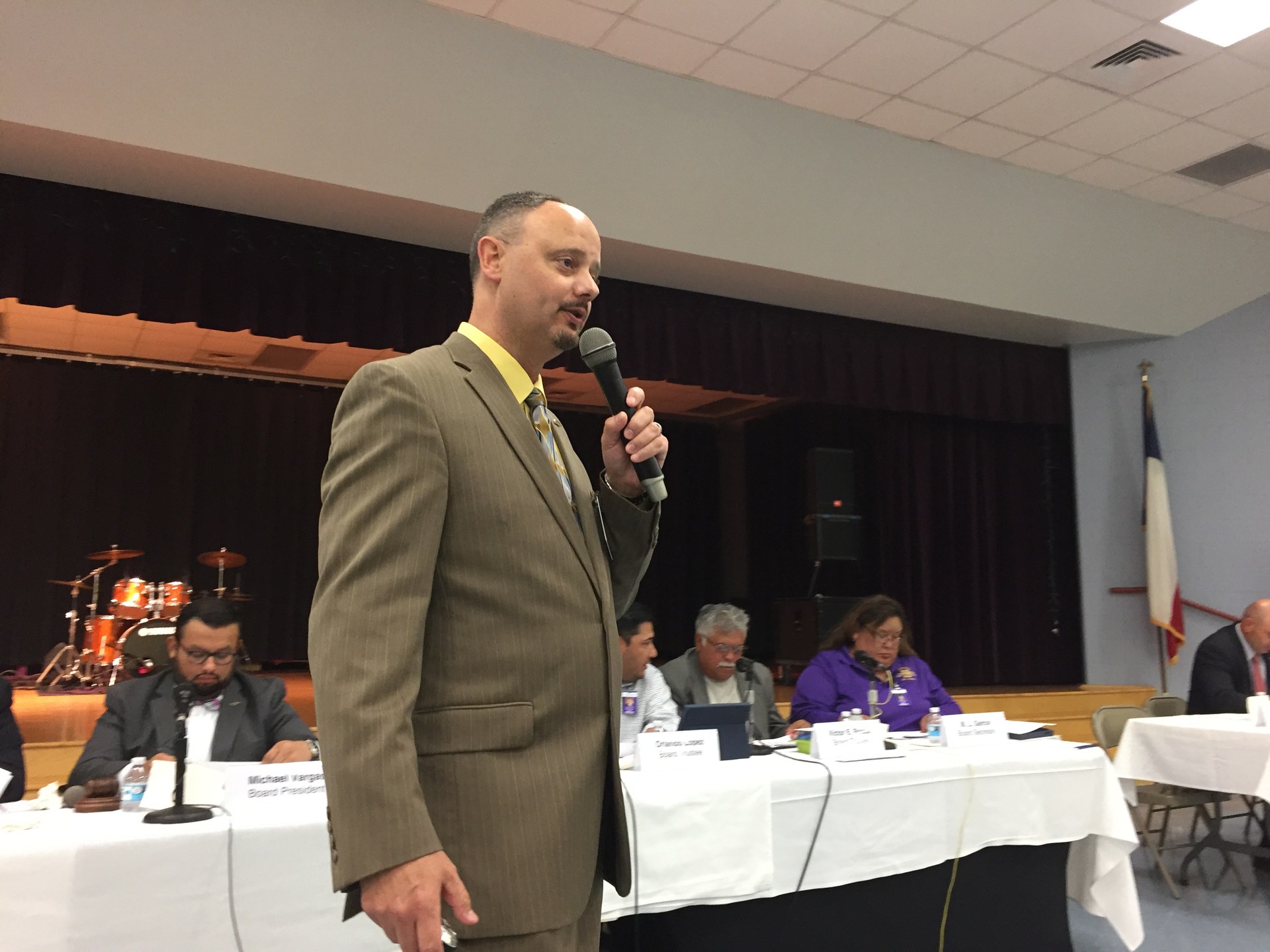 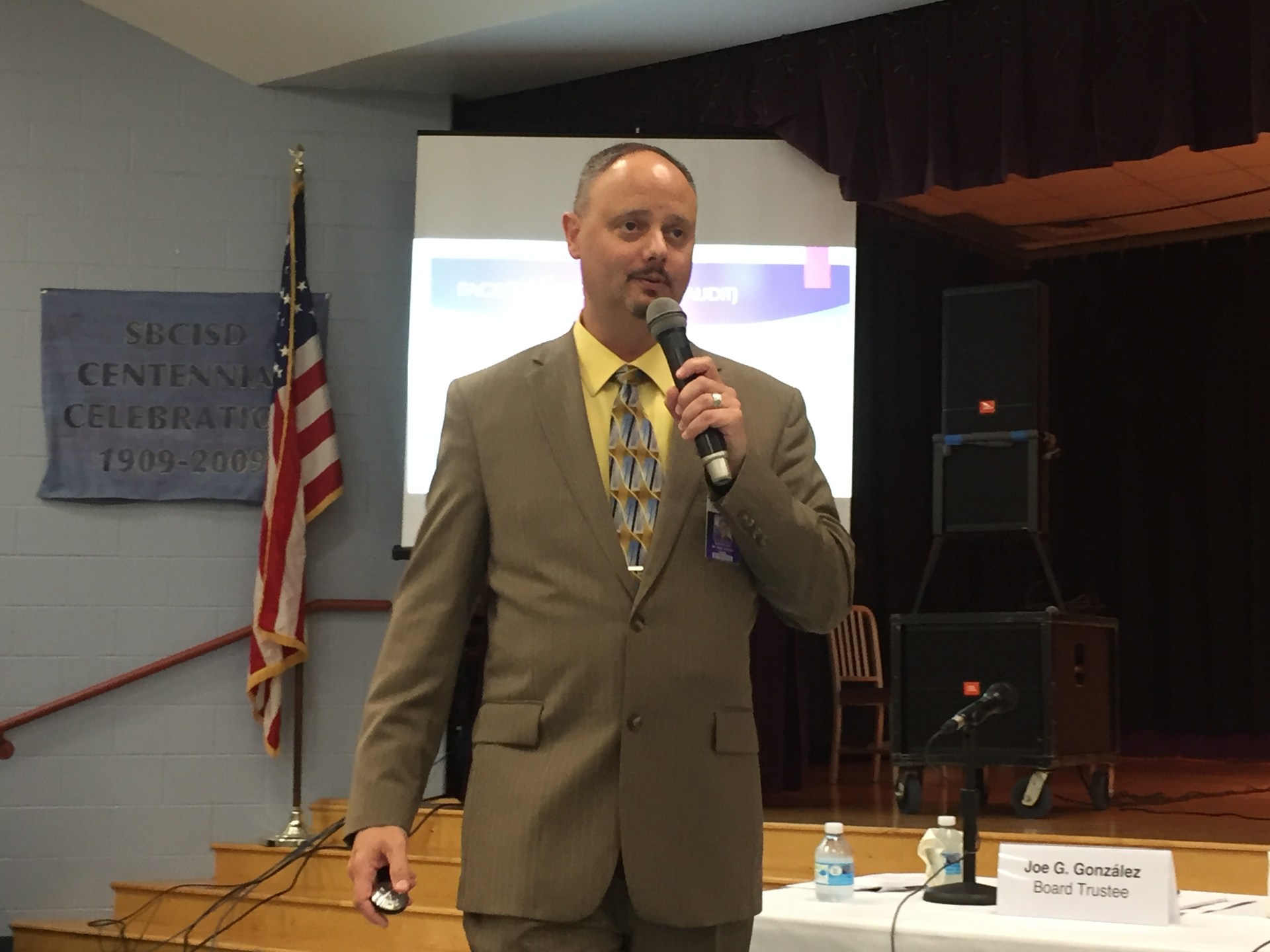 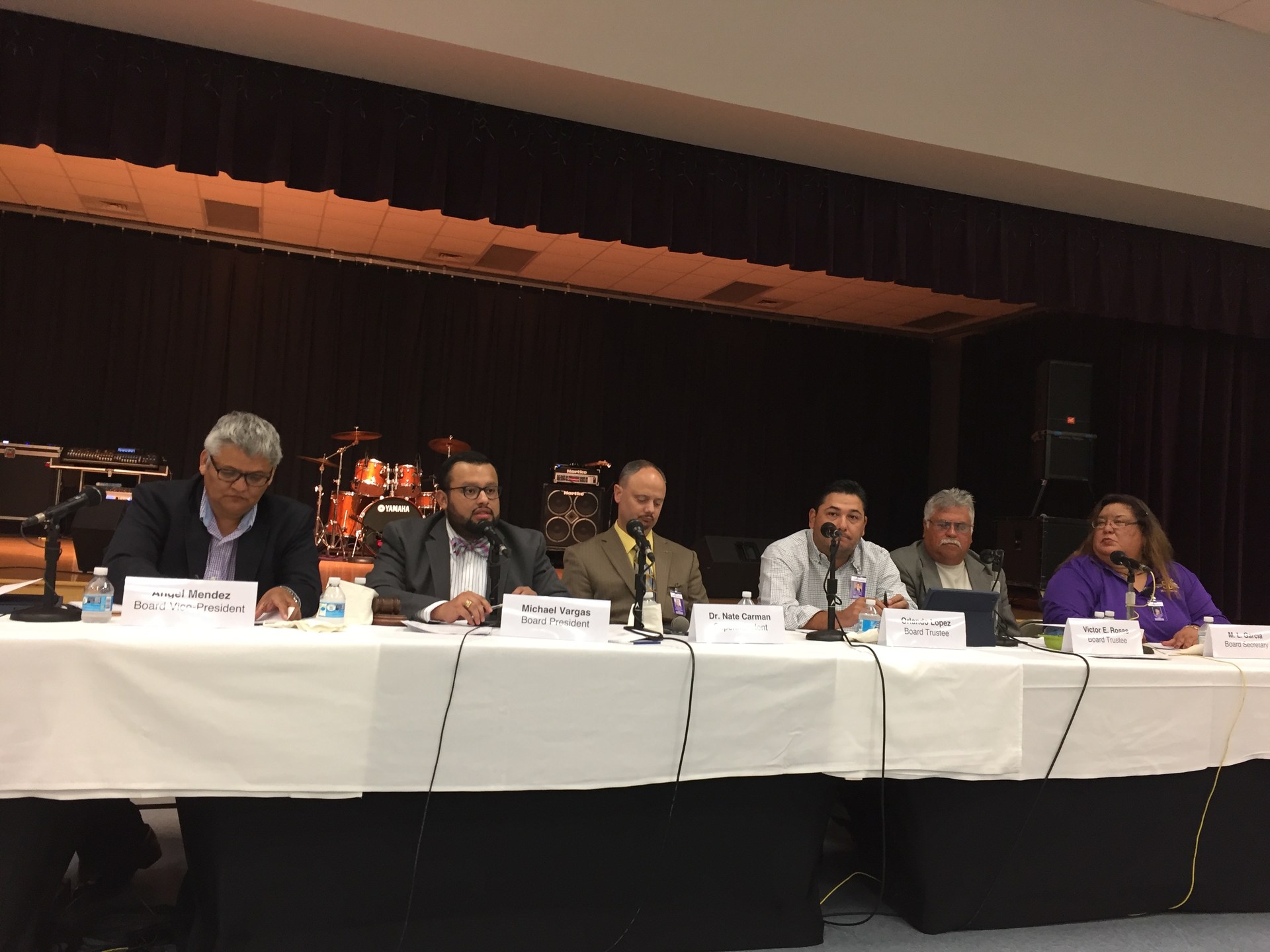