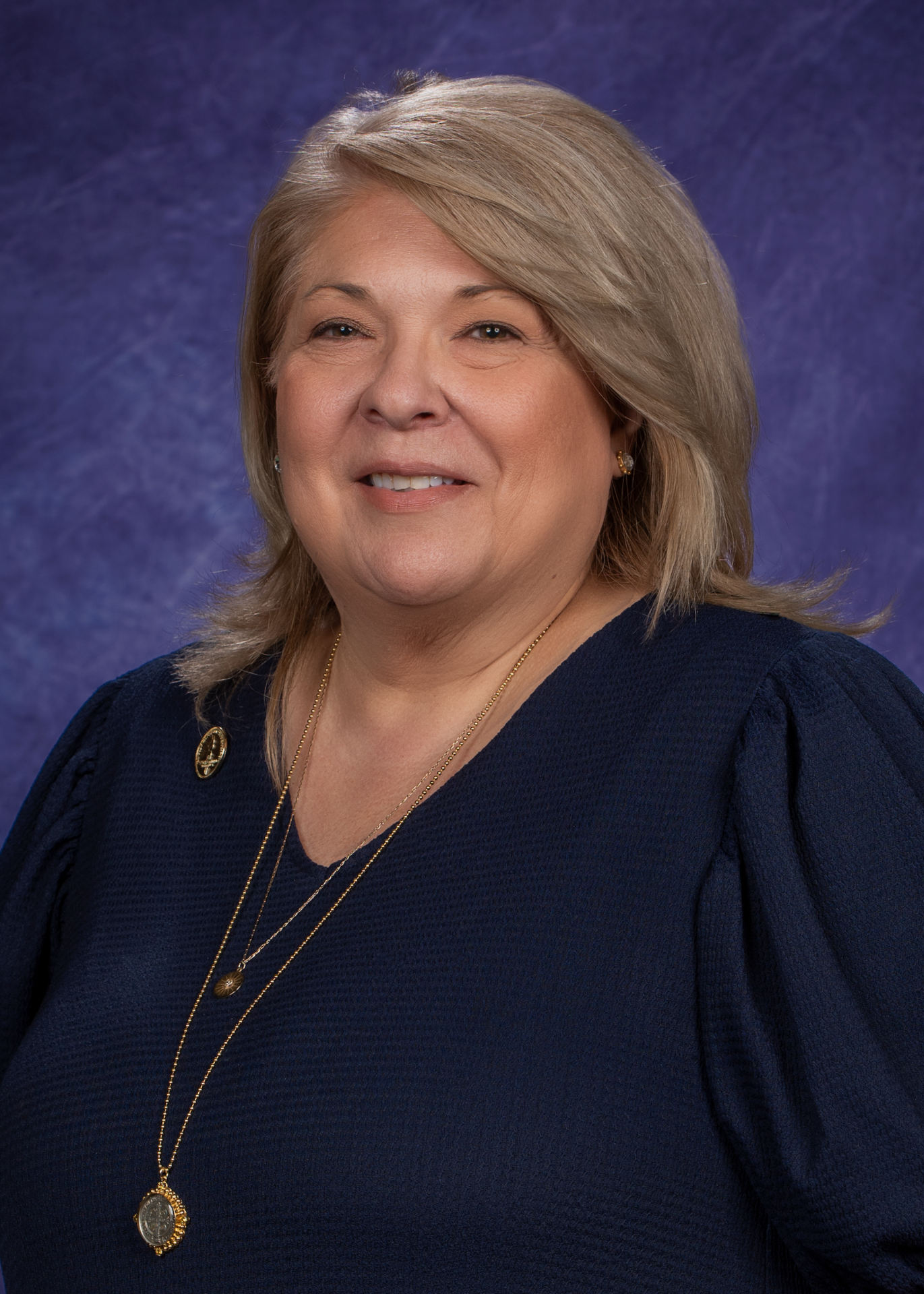 Theresa Servellon was named interim superintendent for San Benito CISD during the Tuesday, March 8, 2022, regular board meeting of the Board of Trustees. A proud San Benito High School graduate, Ms. Servellon brings to her new role nearly 36 years of proven leadership and successful experience in education.

Ms. Servellon completed the Superintendent Certification Program at Lamar University in 2015, earned her Masters of Education in School Administration from the University of Texas at Brownsville in 1991, and her Bachelors in Business Administration and Finance from Texas State University in 1986.  She also holds an Associate’s Degree in Liberal Arts from Texas Southmost College as well as the following Texas educator certificates:  Superintendent (EC-12), Mid-Management Administrator (PK-12), Elementary (PK-6), Bilingual (PK-6), CPI, and TTESS/TPESS Appraiser.

Ms. Servellon most recently served as the Chief Academic Officer of South San Antonio ISD.  Among her many responsibilities and districtwide endeavors, she oversaw the effective development and delivery of an aligned curriculum model and instructional programs, developed a remote learning model to support students and staff, and implemented a zero-based budget approach connected to strategic resource allocations.

Prior to working with South San Antonio ISD, she was the Assistant Superintendent of Learning and Innovation for Beeville ISD.  There, she oversaw the development and delivery of curriculum and instruction programs and also encouraged and modeled innovative, strategic thinking, and risk taking to view problems as learning opportunities.

Ms. Servellon began her career as an early childhood teacher at San Benito CISD.  She also taught first and second grades – which were her niche, per se.  After eight years in the classroom and at the young age of 28, she transitioned into an administrative role of elementary school principal.  By this time, she had impacted hundreds of students at San Benito CISD, Northside ISD, and Los Fresnos CISD.

Throughout her career in education, Ms. Servellon has implemented team processes that support student learning and are focused on ensuring that students are college, career, military, and workforce ready.  Above all, she has never lost sight of her core purpose as an educator – an unyielding commitment to students and doing what is best for them!

Ms. Servellon’s son, Christian, attends the University of Texas at Rio Grande Valley and is majoring in Accounting.  Spending quality time with Christian and their schnauzers, Scout and Dart, is what makes life great for her.