Trustees and Superintendent of Schools Dr. Nate Carman continued with their efforts of reaching out to the public, speaking candidly to them during the second Town Hall Meeting held on Monday, November 13 at the San Benito High School cafeteria with lively entertainment by San Benito High School’s Estudiantina, under the direction of Albert Ortiz.

With a handful of parents, students, staff and community members in attendance, Dr. Carman and Board President Michael A. Vargas and fellow trustees provided a warm welcome, and encouraged participation.

“It's important because these are big decisions that we will be making,” Vargas said, adding that the district is working on a student survey regarding a proposal to combine the 9 and 10 graders into one campus at Veterans Memorial Academy and leave the 11 and 12 graders at San Benito High School.

Dr. Carman reviewed possible solutions, such as making a permanent move for PRC and Gateway students to VMA, converting VMA to an 9 and 10 grade campus, converting an elementary to PRC/Gateway, converting an elementary to a magnet school, such as STEM, Fine Arts, etc. and discussed Academy/School within a school concept at VMA. The district has been paying approximately $50,000 in electricity for PRC and Gateway. (A complete Power Point presentation is available online for review.)

Trustees voiced their opinions, recommendations and suggestions followed by community input. Brief discussions from trustees surfaced about the need to be more culturally responsive to students.

Trustee Angel Mendez, siding with the proposal that calls for having 9th and 10th graders at VMA and 11th and 12th graders at San Benito High School, said trustees and district leaders are looking into various “innovative” options that would serve to attract more students to the district.

Trustee Orlando Lopez explained that leaders need to do what is best avenue and best for students. He added that Town Hall Meeting promote transparency and unity. Lopez did express concerns related to extracurricular activities and balancing the time for instructional purposes.

Trustee Victor Eloy Rosas cited concerns about ongoing safety issues (due to overcrowding) and explained that at one time, the San Benito High School campus used to be open campus, thereby allowing students to leave during lunch and as result, the area was not overly crowded at the time.

Trustee ML Garcia also expressed her opinion regarding the proposal, stating she is totally in favor of moving the 9th and 10th and 11th and 12th together. She acknowledged that there will be issues and challenges in the process, however, those can be easily overcome.

The majority of the trustees agreed that Positive Redirection Center students, currently housed at VMA, are doing fine and have adjusted well to their new environment.

Joe G. Gonzalez, in explaining his concerns with the PRC students being housed at VMA, pointed out that the VMA campus was designed for the freshman student population to make them feel more comfortable in that setting. At that time, the campus was built not only for the freshman student population, but with the concept of the special interest academy in mind to include academies of fine arts, law and research, health and sciences and engineering and technology.

Trustees heard from several students, parents and community members who offered various suggestions regarding a magnet school, discussions about an early college high school and suggestions on continuing efforts to recruit students to the Career Technical Education Programs, such as cosmetology and medical programs.

Topics covered also ranged from the need to provide more professional development, suggestions to analyze costs associated with the proposed plans, provide more specifics about the staff and student ratios and the need to take measures into account in order to address more socio/emotional issues being experienced by students.

Other suggestions and comments presented to trustees during the presentation are as follows:

-Convert an elementary into a magnet school;

-Convert an elementary campus into a PRC/Gateway;

-Being at the 9/10 grade campus doesn’t allow for the “full” high School experience, such as with pep-rallies and extracurricular, but does give students time to adapt;

-Other inquiries were related to cost estimates, figures, etc.;

-The Athletics and Band Departments spoke about their individual needs to accommodate more students enrolling in extracurricular activities;

-Enhancing customer service and marketing efforts at the campuses;

-One former student spoke about struggles and concerns that he felt counselors were unable to (devote time) to helping him;

-Offer transition tours to allow students/parents to tour to high school and learn about; program availability; and provide tours to colleges and universities.

After hearing constructive feedback from the audience, trustees and administration will be taking those particular comments into account and begin prioritizing in preparation for the district’s future plans. In the meantime, students are being encouraged to take part in a survey, which will be available in the near future. 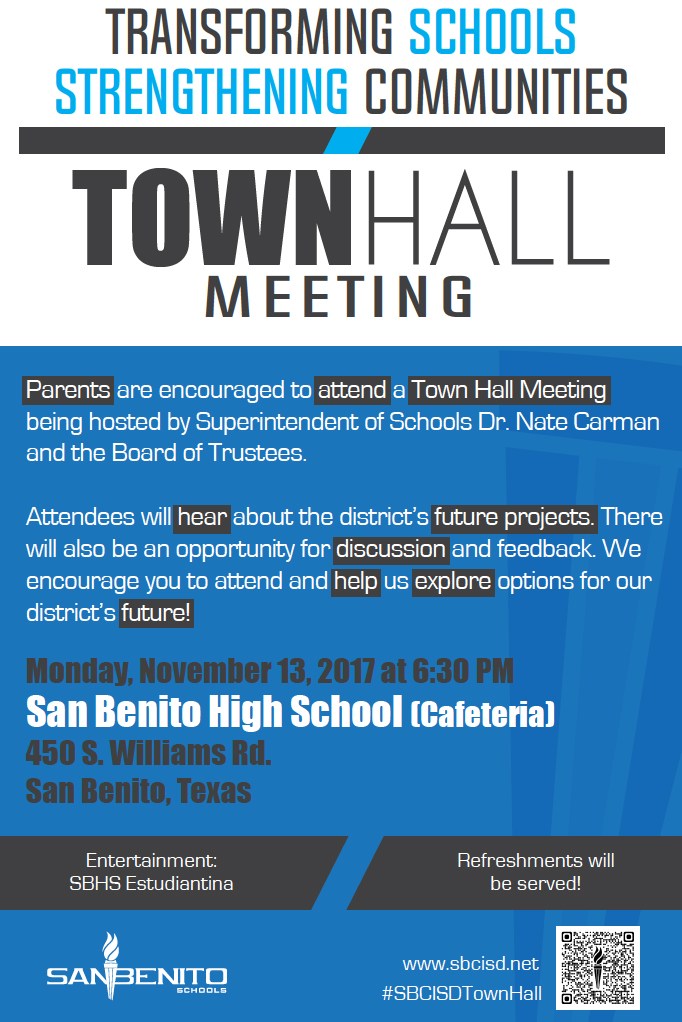 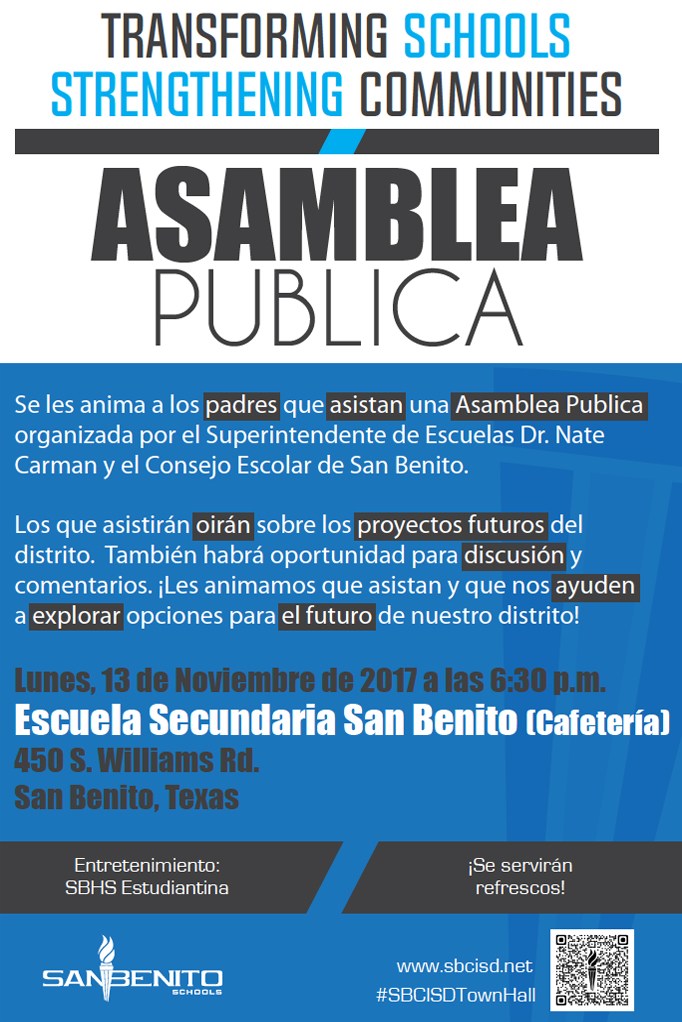