October 24, 2020:
After School Program Tent-O-Treat
November 9, 2019: Wellness Walk
May 24, 2019: Little Greyhounds Relays
March 6, 2019: Rangerville STOPit
March 1, 2018:
A training was held at PRC into the utilization of Restortive Discipline Practices. Members of our Counseling Department conducted the training.
Our 3 Middle Schools participated at a Leadership Anti Tobacco Conference. They were given vital information and worked on group activities to enhance their knowledge on the dangers of tobacco products. They also participated in a scavenger hunt on the beach and each campus was challenged to  design and monitor their own Anti Tobacco Campaign  web page at their campuses.
January 24, 2019: Fire Extinguisher Training at Angela G. Leal 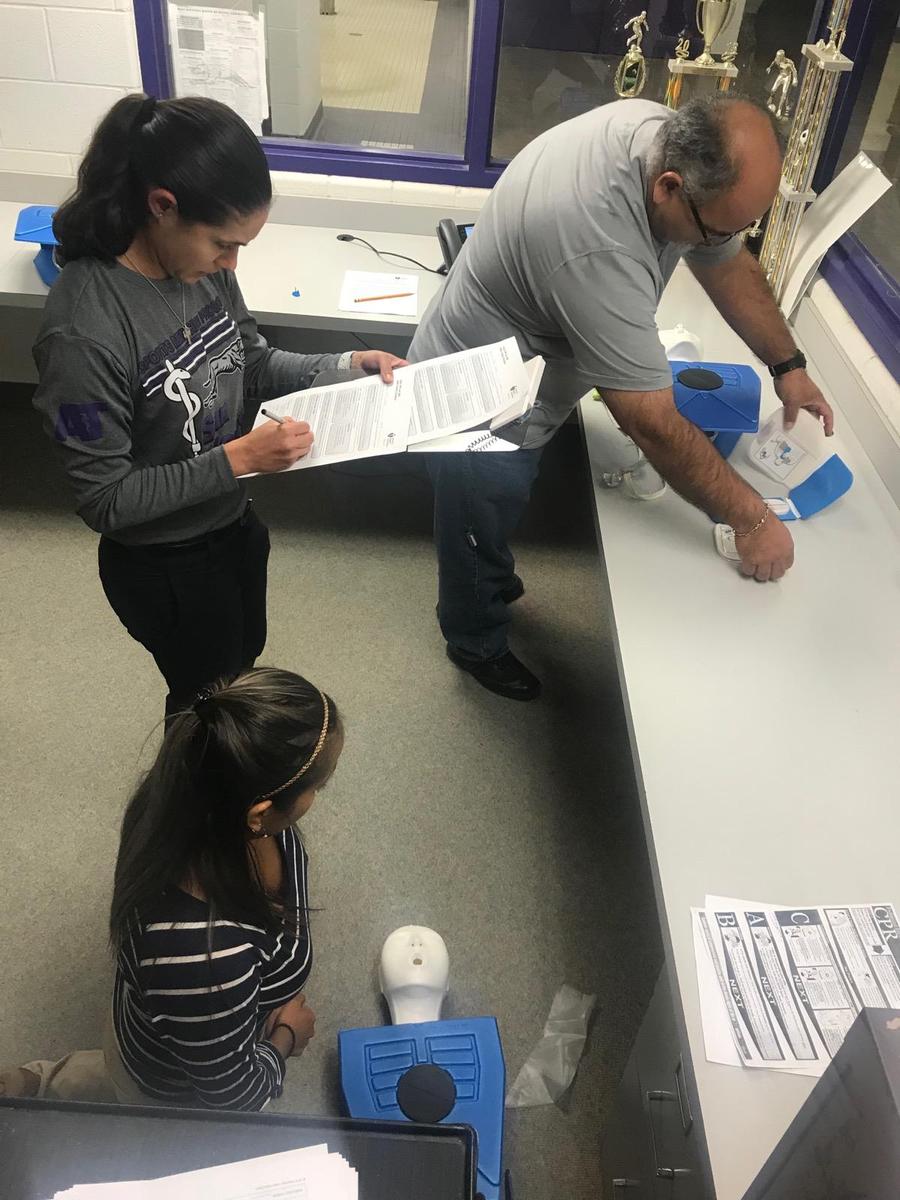 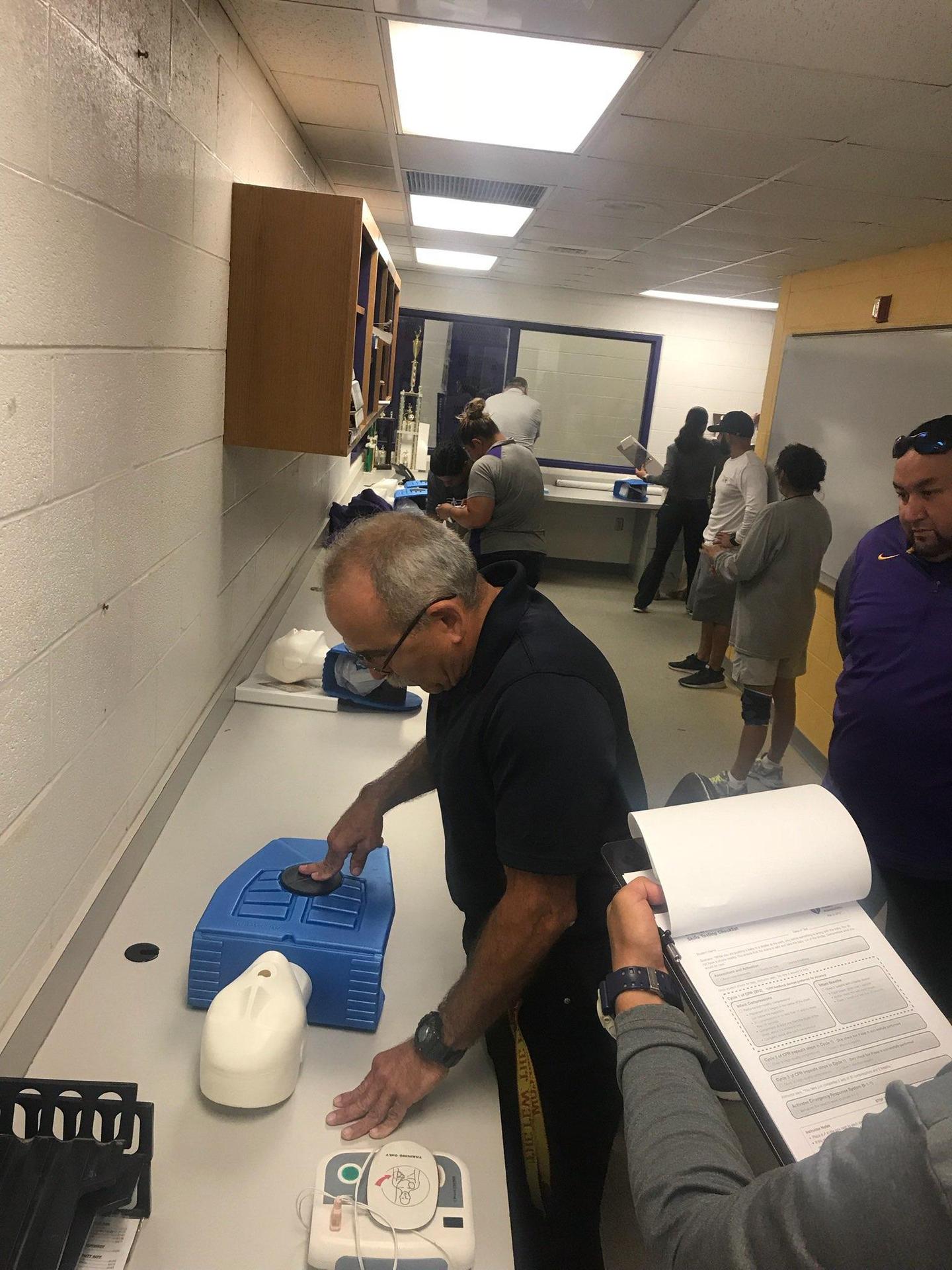 May 3, 2018: At today’s meeting of the San Benito School Health Advisory Council (SHAC), Director of Student Services Ray Saldaña provided an overview of his role as an advocate for all students. He also shared an insight into the district’s emergency management initiatives, the student code of conduct and related disciplinary procedures, and the reinstatement of academic-based events such as Math Olympics and UIL academic competitions.
An advisory group appointed by the school district to serve at the district level, the SHAC represents different areas of the community and from within the school district; the majority of the council’s members must be parents who are not employed by the district. Statewide, SHACs assist their school districts in ensuring that local community values are reflected in health education instruction. 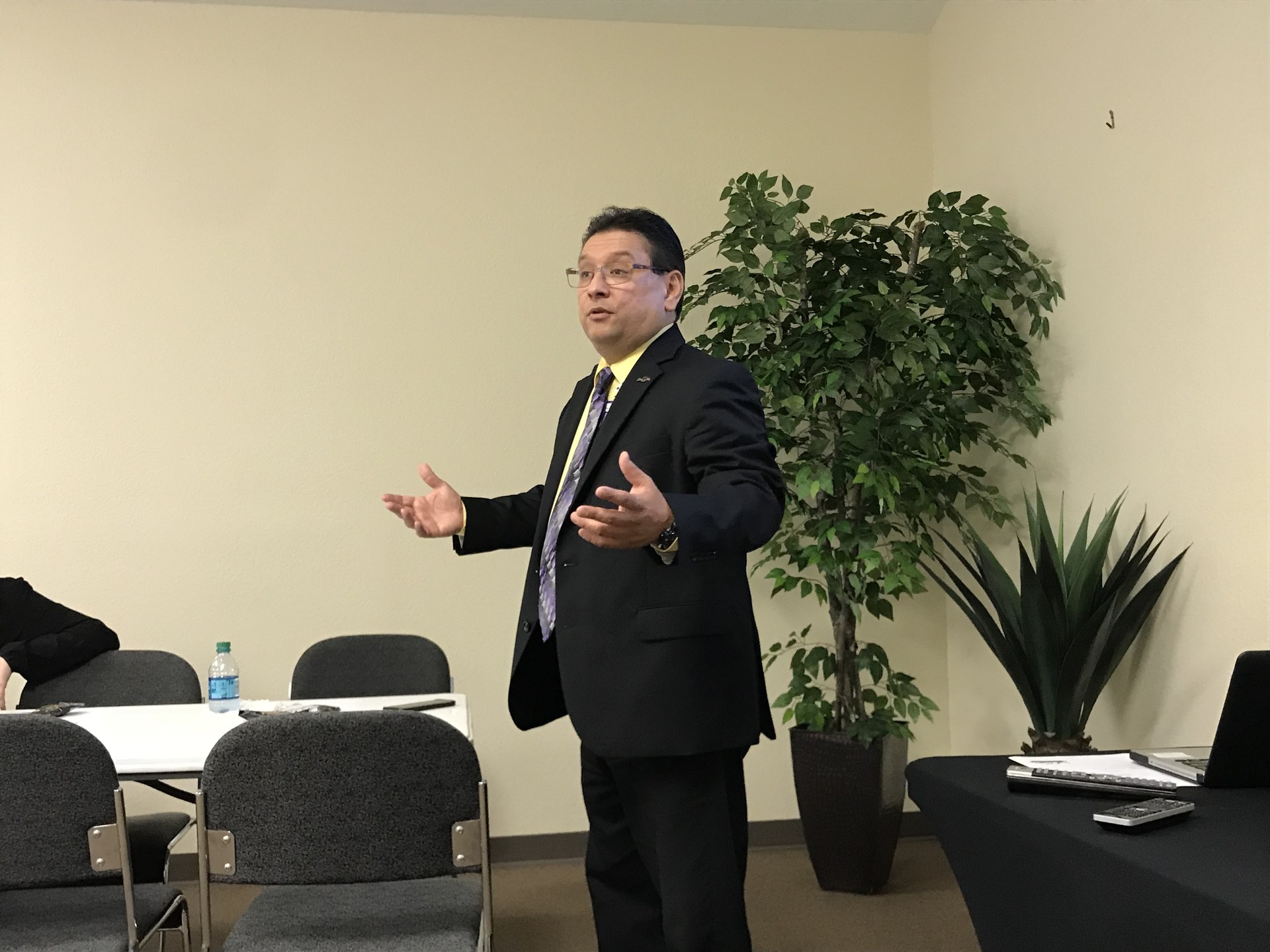 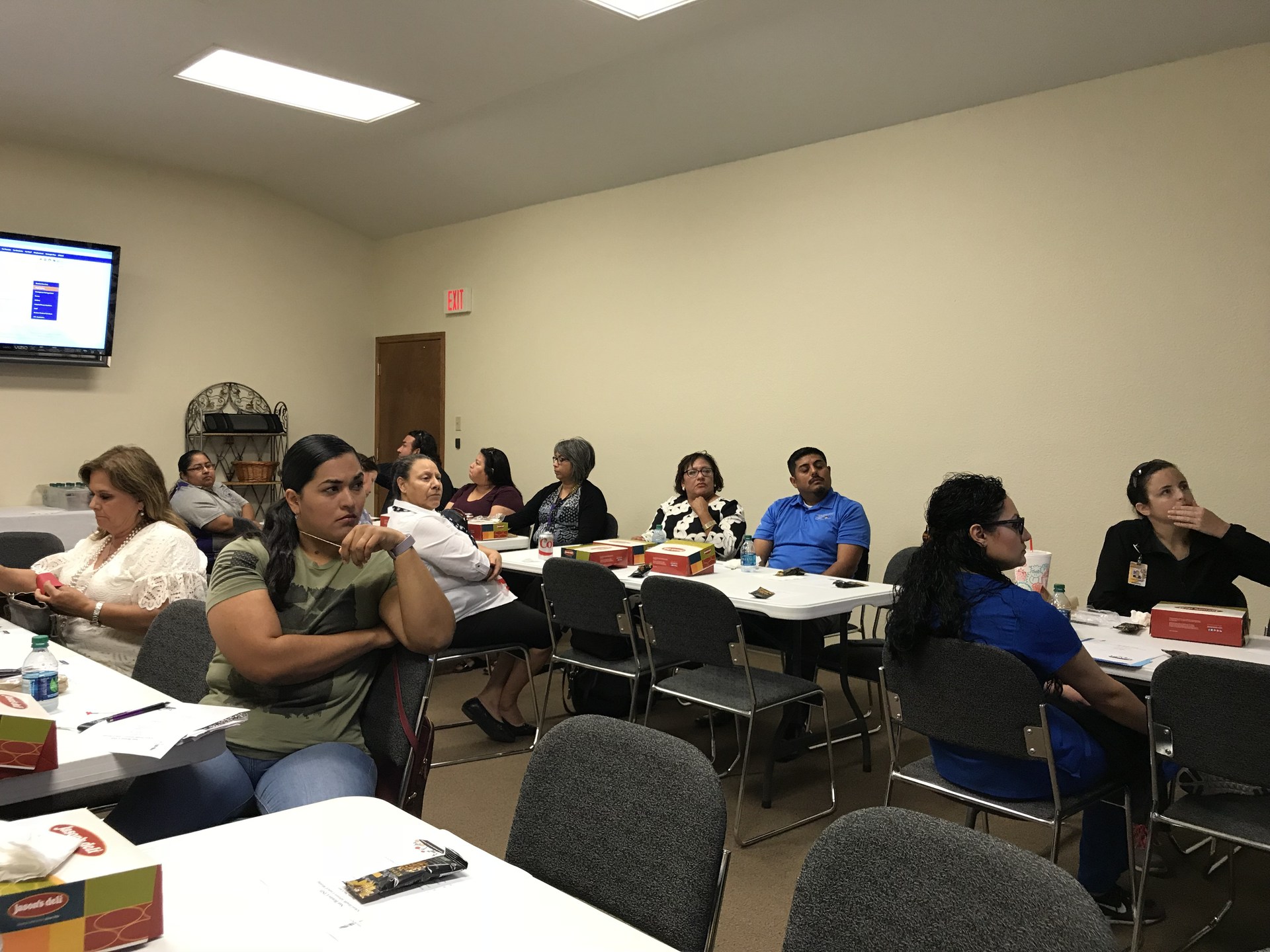 April 10, 2018: School officials are receiving basic training on bleeding control principles as part of the Stop the Bleed-Save a Life Campaign. The program provides attendees with skills and basic tools that prove vital in stopping uncontrolled bleeding during emergency situations.
April 9, 2018:
Berta Cabaza Middle School hosted the very first of several “Stop the Bleed” session scheduled by the San Benito CISD Office of Student Services for district personnel – including, but not limited to, school law enforcement and security officers, teachers, counselors, and administrators.  South Texas Emergency Care supervisor Pete Moreno served as the instructor for the session that helped train the first group of school personnel on how to stop traumatic bleeding.
Uncontrolled bleeding from any cause can result in death within five to 10 minutes. The “Stop the Bleed” campaign is intended to train civilian bystanders in bleeding control principles - including the use of tourniquets and wound packing. During unforeseen medical emergencies, trained civilians can act as “immediate responders” and provide immediate, potentially lifesaving aid until professional first responders and/or trauma professionals arrive and are able to take over the care of an injured person.
April 5, 2018:
District officials continue reviewing, evaluating and updating current crisis interventions and safety response procedures. The group, headed by Director of Student Services Ray Saldaña, has been working closely with local law enforcement authorities and first responders in order to enhance the district’s crisis interventions and safety response measures for both students and staff.